Seattle, WA. – On Tuesday, February 25th the Graffiti Defense Coalition and Urban ArtWorks signed a highly anticipated agreement with the City of Seattle to fund, organize, and produce 4 large scale murals in Capitol Hill, and the surrounding East District neighborhood as a statement of our city’s need for public exploration of Seattle’s collective appreciation for street art culture.

Thanks to everyone who have helped us win and protect this awesome city funding opportunity, especially the volunteers who have signed up. 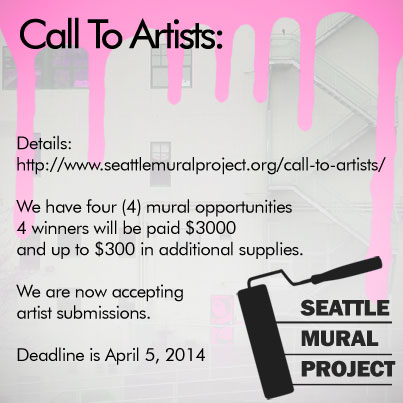 Our call to artists is open until APRIL 5th 2014 so get those submissions in!!